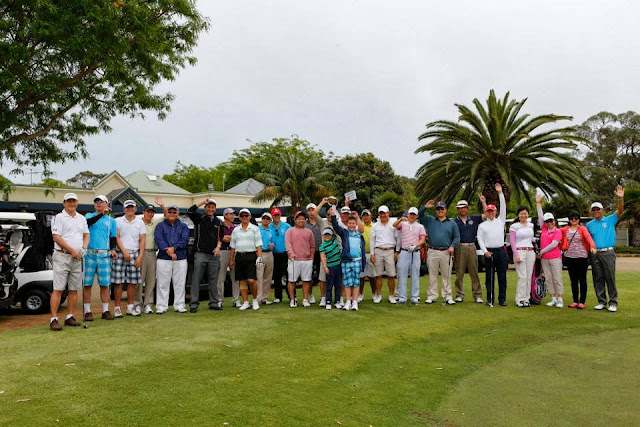 The association through the assistance of our President Shen and Vice President Gao, organised a great golf day at Meadow Springs Country Club at Mandurah. This was on 24 November , Sunday.

We had approximately 30 players with a few new members.

The day did not start well as it started at raining at 12 pm just before the tee off was organised. It caught many of the players by surprise as the day had started out as bright and shiny. Many did not bring their golf umbrellas.

However, we were lucky as the rain quickly disappeared after 20 mins and we had the rest of the day as a great golf day.

I was playing with Shen, my son Jazton and Kai a new resident from Beijing. Kai is finding his legs in Perth and I am sure he will be a great addition to the membership for the association. Our president Shen was unstoppable and went on to get quite a few pars. It looked like he was going to be the net champ unless I gave him a fight.

Kai also brought his young son who I am sure will also be a great player.

The competition was won by Jason, as gross champ, Henry as Runner Up gross champ and Loi as 3rd gross champ.

I was 2nd nett champ with Shen as nett champ on a score countback as we ended up with the same score.

We were pleased to see new members joining including Wen Xiu, Fei and Alec Tang.

The association is growing. The ladies and youth membership is also growing which bodes well for the association.

Thanks to Linca Wines for their sponsorship.

We will be looking forward to the next comp.